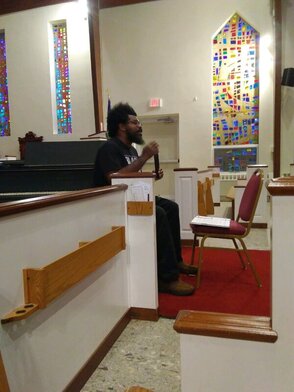 Talking about Race and Faith
It was my reading of Cornel West and W.E.B. Du Bois’s works as a high school, undergraduate, and graduate student shaped my sense of intellectual and practical purpose. West’s synthesis of Christianity and neo-pragmatism promulgated my construction of theodicy that finds its premise in the writings and thought processes of Ralph Waldo Emerson, W.E.B. Du Bois, Martin Luther King, Jr., Henry David Thoreau, Dietrich Bonhoeffer, and Richard Rorty. My courses look to inculcate the point of view of the oppressed and alienated class, as this class has traditionally been neglected among the privileged and in the literature of study. I find the teachings of Jesus Christ and Karl Marx to be synonymous in that both look to eradicate social vice and poverty, racism and hate, and greed and materialism. I believe love is Radical.

Through the teaching of history, my objective is to first deconstruct a false knowledge of history by teaching students to build a new synthesis that challenges their prior knowledge. At this point, a teacher and a student work collectively to reconstruct a new historical synthesis. Reconstructionism contends that society needs constant reconstruction and change. Such social change involves rebuilding knowledge and how institutions use that knowledge to transform the teaching and learning of materialism. Mortimer Adler reflected the qualities of the realist school of thought and proposed a Paideia method of instruction, which emphasizes a discussion/seminar style of teaching and learning. As opposed to lecture, I find the discussion/seminar method of education to be more liberal, hence invoking greater academic freedom of thought. Furthermore, it is here that students focus more on logic, process, synthesis, and analysis over rote memory and conclusion.

Written and edited for scholars and activists, I worked with two other historians in, Phillip Luke Sinitiere and Gerald Horne, in our published, edited book, “Socialism and Democracy in W.E.B. Du Bois’s Life, Thought, and Legacy." 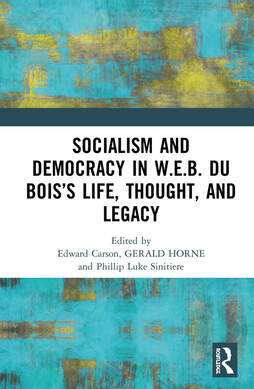 John Irish and I published a historical thinking skills text as a means to enhance the engagement of both students and teachers with the skills needed for students to operate like historians.This text is designed to supplement content heavy works with exercises in historical thinking. 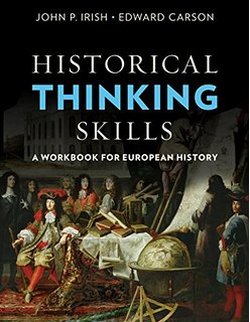 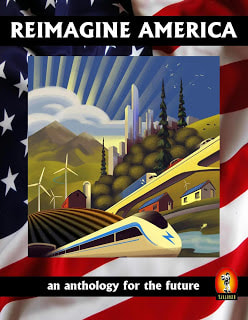 In the anthology, Reimagine America, my essay, Reimagining America As A Multiracial Anti-Racist Nation, provides an insightful critique and pragmatic thoughts on the need for white allies and co-conspirators.

Currently, my research and working manuscript, W.E.B. Du Bois's Editorial Influence on Black Migration looks at the extent to which Du Bois takes aim at the nature of Negroes and western phenomena; his publishing of art, ads, and articles in the Crisis reflect not only the concerns of black America but also how Du Bois influenced readers to think about their plight via his response to the West. I am responding to the gap concerning Du Bois’s editorial reflection of western states and its impending impact on the Negro plight. A careful review of articles published in the Crisis from 1911 until Du Bois’s resignation in 1934 and upon his return is being explored.

Avon Old Farms hosted a conference on Rethinking Race & Slavery at 400 years, allowing me to give a paper on Du Bois, Marxism, Socialism, and Black Reconstruction.

A recent paper I delivered at the African American Intellectual History Society delved into exploring a Victorian Du Bois, an aspect of W.E.B. Du Bois often wrote about but did not wholly explore his sense of what Black morality should look like and how it should be shaped. Scholars have not offered a harsh critique of Du Bois on matters related to his morality, guided by his Victorian compass, which he worked to define over a lifetime. My research seeks to deconstruct Du Bois by examining his writings and language (correspondence, publications, lectures, and tone), topics of interest and concern, and what often felt like accusatorial claims toward Black people. His consciousness of the race problem propagated an unfolding alienation within him, usually aimed at African Americans. Du Bois famously articulated the identity of Black people in terms of “two-ness—an American, a Negro; two souls, two thoughts, two unreconciled strivings.”

The two aspects of this dual identity were construed as mutually exclusive through social structures determined by white supremacy. Du Bois, concerned about Negro appeal to whites, responded to such measures in contradictory ways. This essay identifies and analyzes Du Bois, who struggled with predicaments in the African-American community during his early and later years, such as LGBTQ matters, the consumption of alcohol, interracial sex, Negro engagement in premarital sex, and the Black family. Du Bois’s desire to craft a perception of the Negro race is an aim often not explored in his Victorian sense.

In 2013, I drafted and presented a conference paper titled, Revisiting the Problem of the Twentieth Century: Will Evangelical and Faith-Based Schools Mend the Color Line in the Twenty-First Century? The initial point of this work explored Du Bois and his construction related to race, faith, and education. It transitions into the late 20th and early 21st century as an attempt to analyze the question of the color line. My paper will be of most interest in highlighting the concept of racial identity; it will address matters of multi-ethnicity as more than a modern phenomenon and a novel condition. From the age of Du Bois to the 1960s origin that defined black as beautiful, black Americans sought a sense of pride and unity in their hair and cultural make-up. Thus, a rising number of blacks attending college cemented a bourgeois attitude toward race, faith, and culture. However, the following 40 years witnessed a shift in which black Americans “sense” of self declined due to the values assigned by various members of society. Much like in the age of Du Bois, black thinkers and members of the black community have witnessed a shift in religious beliefs, class expectations, and behavioral norms.

The question of community and self brings the notion of the color line in the 21st century. Students and faculty members of color have often been predicated on the idea of self-worth. This is noted in popular culture and is systematic in independent schools in which mainstream values are defined for them: language, dress, faith, and ideology. These latter components create newly minted historical questions of historical phenomena that should be debated among scholars and within the environment of independent schools. Hence, the challenges faced by Du Bois are still present. The question of evangelical and faith-based schools mending those challenges is explored in this work.

In 2015 I participated on a panel at the Christian Scholars' Conference at Lipscomb University. This panel focused on the theme Invitation to the Voiceless Minority. Our panel addressed faculty and student autonomy, academic voice, tenure, promotion, and expressions of faith, which have long been a topic of concern within faith-based institutions. Thus, the question of defining campus leadership in the 21st century lends itself to discussing the role of the voiceless minority – students and faculty members who possess a unique viewpoint due to their race, gender, ideology, or sexual orientation. The success of an institution can be measured by the intellectual freedom and voice permitted on its campus. The failure to invite this voice to the table creates a sense of isolation. It works against a democratic construct of inclusiveness, inhibiting the advancement of thought in a safe community for all groups. Each panelist delivered individual papers relating to the theme of the voiceless minority within faith-based institutions.

My paper, Racial Reflection and Sexual Identity: The Challenges of Silence in Conservative Institutions, discussed how black integration via political rights shaped twentieth-century black studies circa 1970. Such studies, however, never fully materialized among faith-based institutions. Thus, with the advent of the twenty-first century, black faculty members and students have often been silenced by the notion of whiteness, in which one believes the world is colorblind. This is further exasperated by the identity issues in which gays and lesbians wrestle within faith-based environments. My paper delved into the various change agents that predominately white faith-based institutions must embrace to cultivate a genuine appreciation for diversity. Research for this paper looked at the historical literature, anthropological arguments of race and sexuality, and scripture.

Further, I served on a second panel chaired by Jeff Baker of Pepperdine University School of Law. The panel discussed How to be an Ally: Hearing and Receiving Voices from the Margins of the Church and the Academy.